China has the biggest social media market in the world. Here is the list of the main social media apps in China.

This market is quite different from other markets across the world in terms of the composition of its consumer base. In addition to Facebook, Twitter, YouTube, and other leading international social media players, these are blocked in China due to its so-called ‘Great Firewall,’ a project launched by the Chinese government dedicated to controlling the internet.

Despite that, the Chinese social media market does not compare with its western competitors in terms of size. There is almost no difference in the mediascape that exists in China in terms of social networking sites except that each of these sites is a step manufactured within the country.

The most famous social media in China in 2022

China is undoubtedly a goldmine for audience growth for enterprises wanting to anchor their footprint in the social media domain. It is the largest populated country with nearly a billion social media users.

It is well known that Europe has a market controlled by a few big players. However, China has a much more dynamic, diverse, and competitive market, despite being under speech censorship.

Social media China in 2023: What is WeChat and how does it works?

WeChat is a super social media app since it combines ride-hailing, food delivery services, mobile payments, and many other services into one application. WeChat has been a thriving market for marketing and e-commerce as a result of its huge user base.

Platforms appear and disappear in China at a much faster pace. Due to its versatility, Tencent’s WeChat has remained one of the most popular social networks thanks to its numerous features.

Datareporter found that social media users spend most of their time interacting and engaging with friends and brands on WeChat, Weibo, Douyin, and QQ. Chinese consumers are forming their own language on the web and working with their own memes, influencers, and trends that foreign companies may find hard to follow.

Is there a significant trend in China communication that we need to be aware of?

Thanks to the success of WeChat as a model, many Chinese social networks have copied the recipe and augmented their ecosystems to offer e-commerce, streaming, and gaming options alongside their entertainment.

WeChat is more than a single app

As a social media and messaging application, WeChat is developed by Tencent, which also specializes in online games, online shopping, and financial services. With the mobile app, it’s possible for users to get almost anything they need from within it, which is specifically what makes it a “super-app.” Because of this, it has really risen to become the most popular social network in China.

Wechat counts an amount of 1.17 billion users and is considered one of the top five most-used apps.

Compared to other Western messaging apps, WeChat offers a lot more features than other apps. This service can be considered similar to a combination of some of the most important social networking sites in the world, like Facebook, Whatsapp, Google News, Tinder, and Pinterest.

What is WeChat Mini program?

WeChat accounts can be categorized into different kinds of accounts. The WeChat personal accounts can be used by individuals for keeping in touch with their friends and family, while businesses can open official accounts for posting promotional information to their customers or interact with them

Social media Cina 2023: What is Douyin (TikTok), The most famous Short-Video Platform

The biggest news about Douyin has been that it was the first Chinese social media platform to gain popularity overseas. With the help of its western counterpart, Tik Tok, Douyin has become one of the most powerful social media platforms in the Chinese market. At the beginning of 2022, the platform had one billion monthly active users, with an average time spent on it per user of thirty minutes per day!

The Chinese app is almost the same app as the western version, TikTok apart from the content shown in the apps. Douyin’s top posts are based on comedy or pets, while TikTok’s top posts are more arts-based, featuring lip-syncs and trending dances.

The microblogging platform Sina Weibo, or Weibo, was released in 2009 in China. It is often referred to as Chinese Facebook & Twitter and is considered one of the most popular social networking sites in China. The character limit, however, often leads to its being called a Chinese Twitter. With its user base nearing 500 million, Weibo is China’s third most popular social network. In China, brands often use Weibo for social media marketing, just like WeChat.

Videos, images, and gifs can be uploaded to Weibo. Additionally, they have the option of following the profile of a person, reading posts they make, then liking and sharing them without being followed back. Similar to Twitter, Weibo has become the most popular platform in China for posting breaking news & talking about cultural events.

Chinese e-commerce platform Xiao Hong Shu is also a social media network and has many features well known to social media users. There is a review system, a discussion system, and an option to post their own content. In general, the most frequent content on the platform tends to be photos of products and shopping experiences, such as shopping tips, deals, and experiences from their overseas trips.

Why does Little RED Book is so famous in China?

In terms of its purpose, Xiao Hong Shu has been developed with the goal of providing a platform for User Generated Content, where users can share their experiences and reviews to help others make purchasing decisions.

Women are the main target and fashion and cosmetic brands are well-established.

What is TouTiao, The News & Information’s social media platform?

There are many news distribution apps available today, but Toutiao is a unique news app that uses complex algorithms to provide all types of information. More than 4,000 partners produce news and content each day on Toutiao. First, the AI will make an analysis of any user on the basis of their location, clicks and browsing history. Based on the types of articles and videos the user is interested in, Toutiao will then recommend the most suitable ones.

The way that Toutiao tells the news to the people is different from other methods. This is because Toutiao makes sure that each person’s experience is as unique as possible.

Social media in China are growing in terms of users and UGC. Even though most Westerners do not know much about Asia, it is important to remind that when we refer to the Chinese market, we talk about a huge country that counts more than 1.400 billion people. It doesn’t mean that China is an “easy” market. Actually, it may be the opposite! It could take a long period of investment to grow and succeed.

In fact, our experience has led us to believe that today, the best and most convenient approach to make your brand well-known in China is through digital. Furthermore, thanks to our know-how we know how to make your brand known to potential Chinese consumers. With the effective coordination of Long Advisory, your company will see a new rise in the largest market in the world: China.

This article has been made in collaboration with “DoYouReallyKnwChina?” The Blog aims to discover and explain every aspect of China: customs and habits, society, mentality, traditions, places of interest, curiosities, natural landscapes, megalopolises and nightlife.

Influencers are extremely well known in the West but, in China we are talking about KOL (Key Opinion Leaders). Let’s find out who they 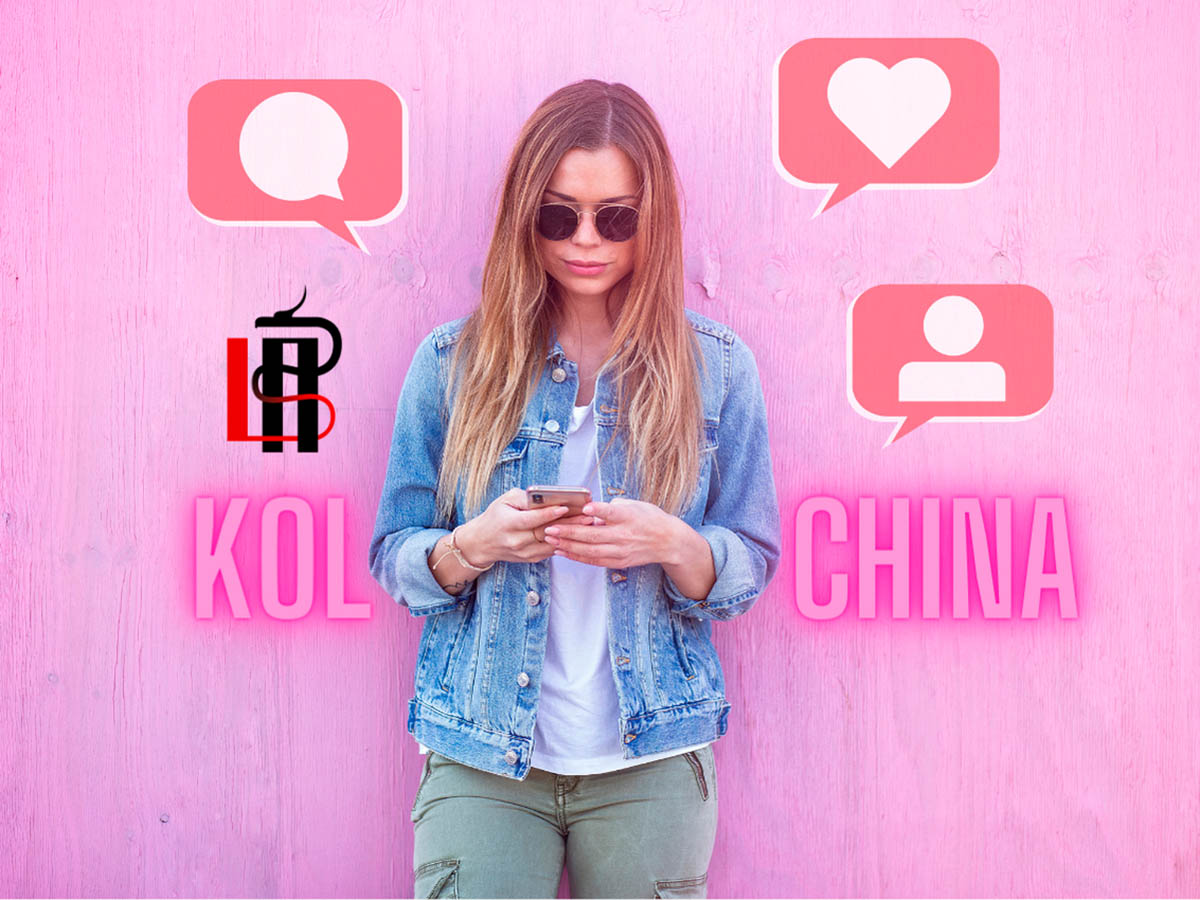 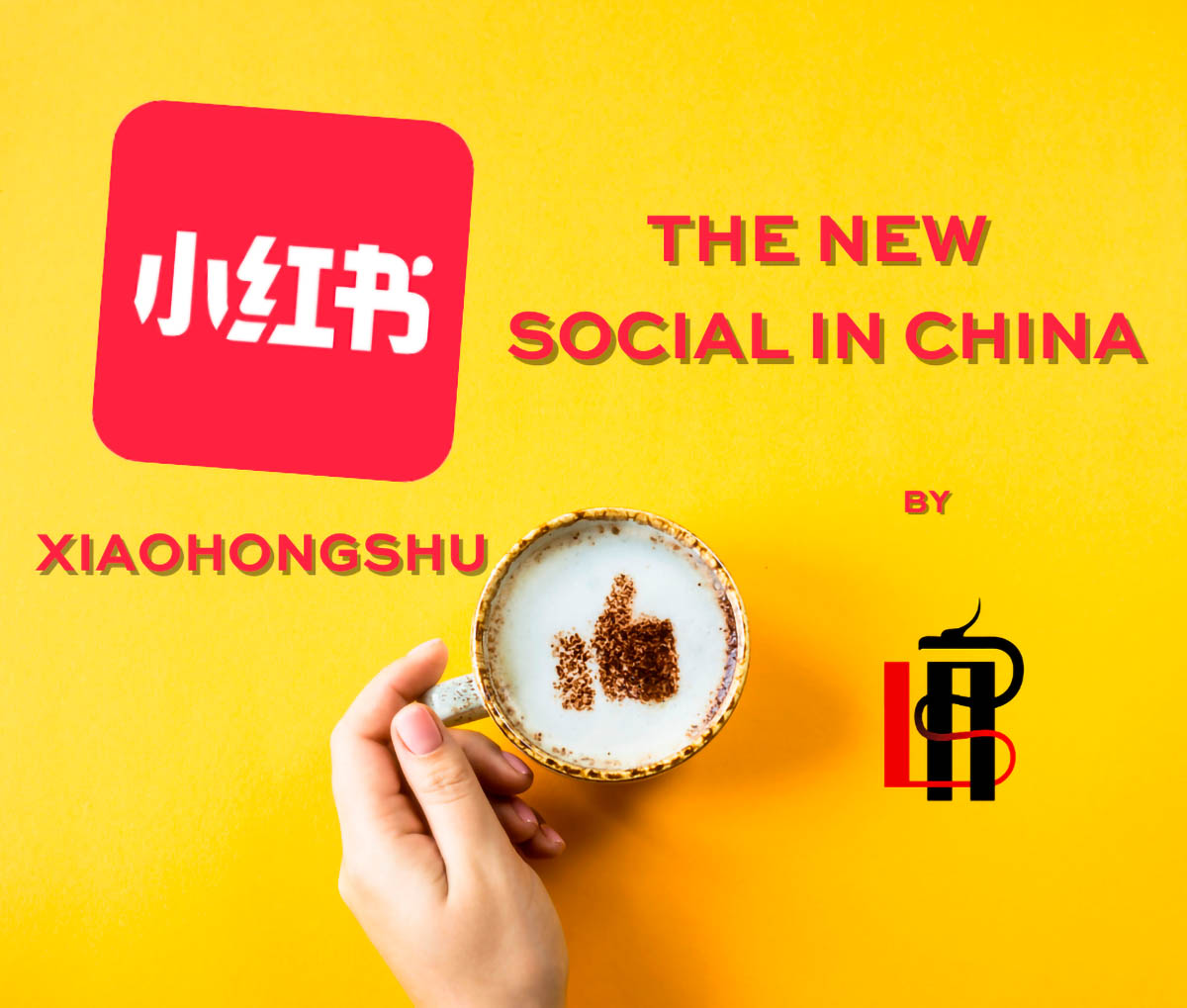 Including over 1 billion products, Taobao is the largest e-commerce in China. Let’s find out how Jack Ma’s e-commerce works, Taobao in China. Ecommerce 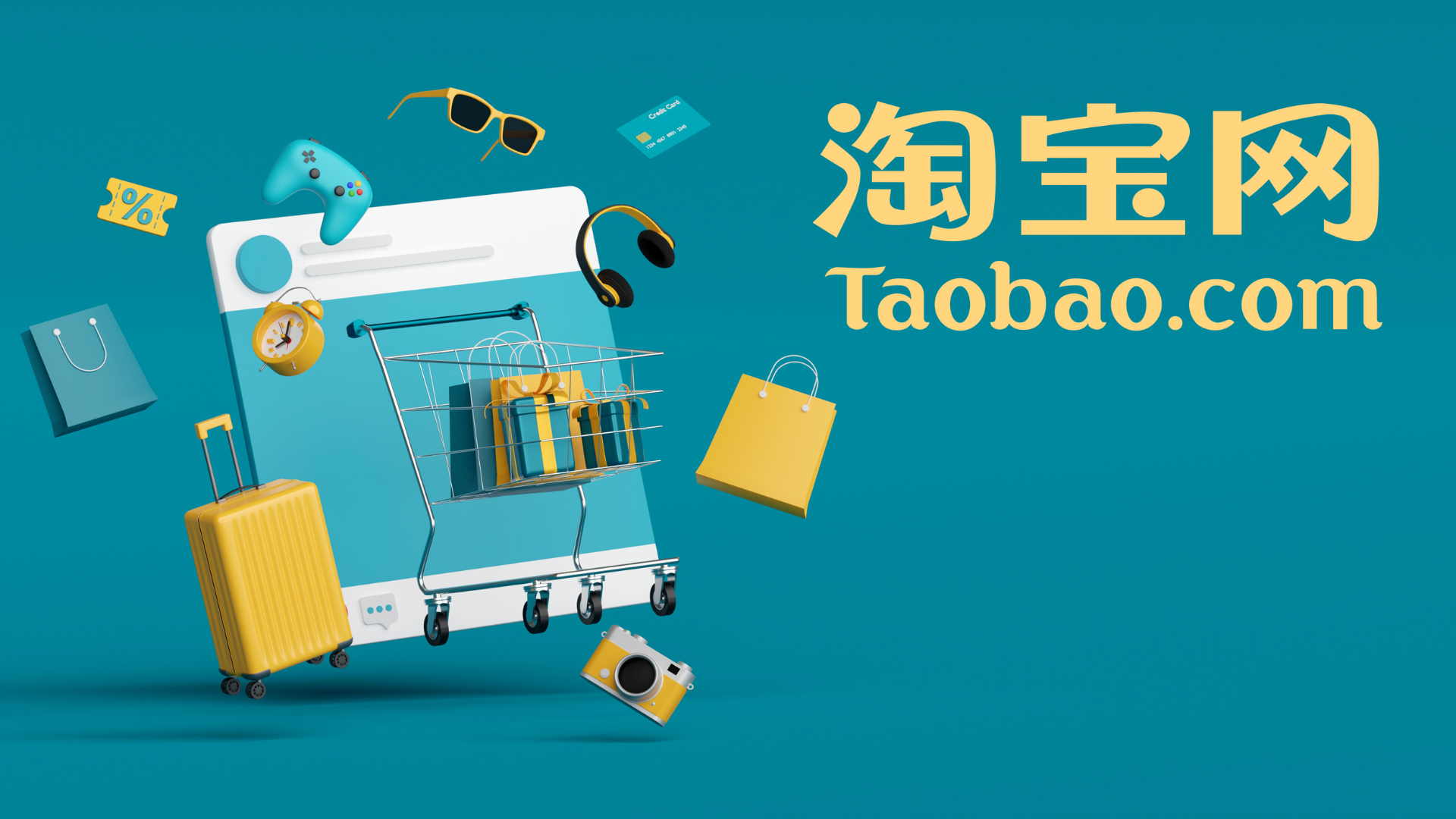 Virtual Influencers are the future of online collaborations and in countries like China, they are already a reality. Let’s find out who are the 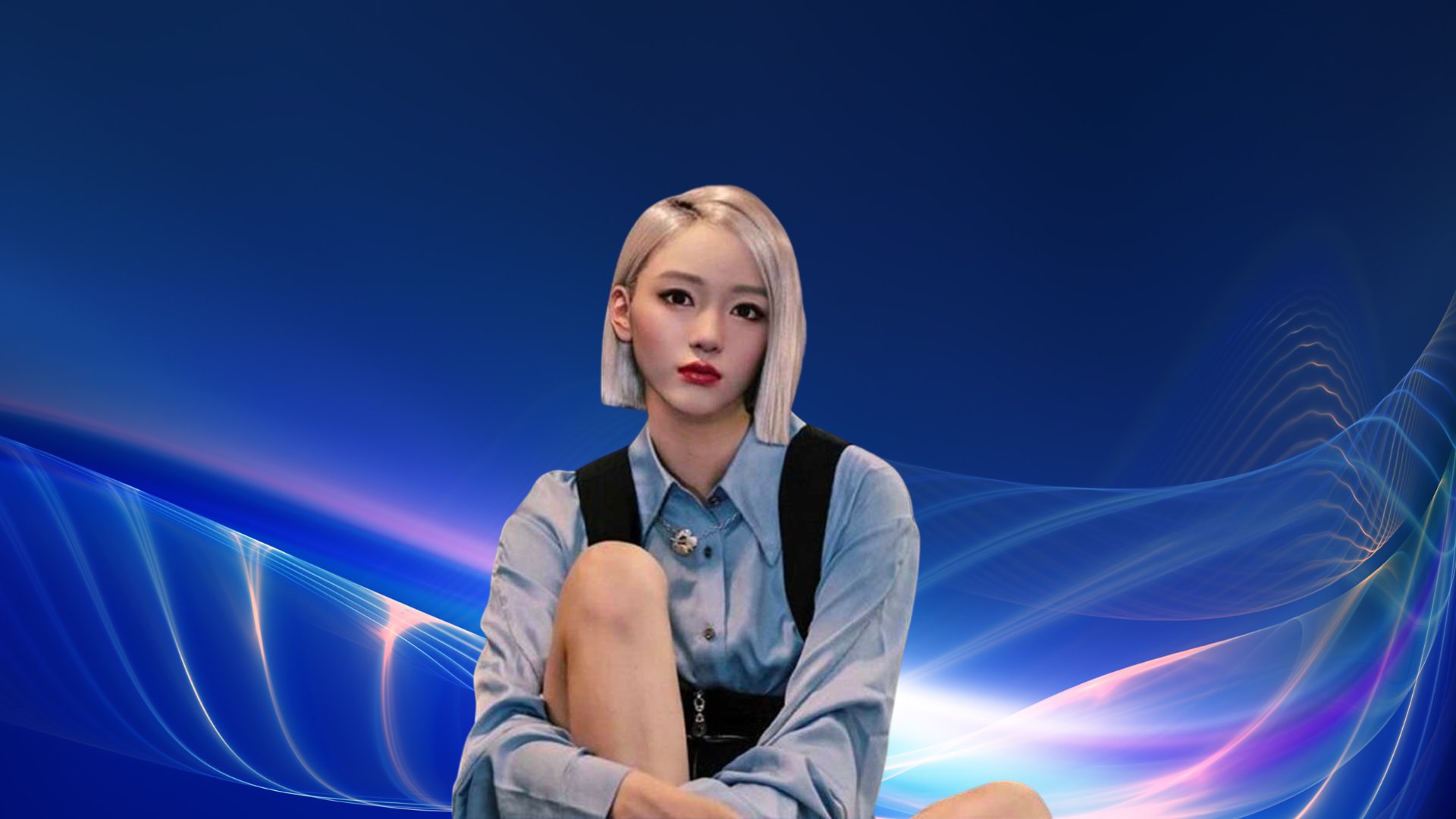 In China, there is no iQiyi also called Chinese Netflix the most popular streaming platform. Let’s find out how it differs from Netflix. What 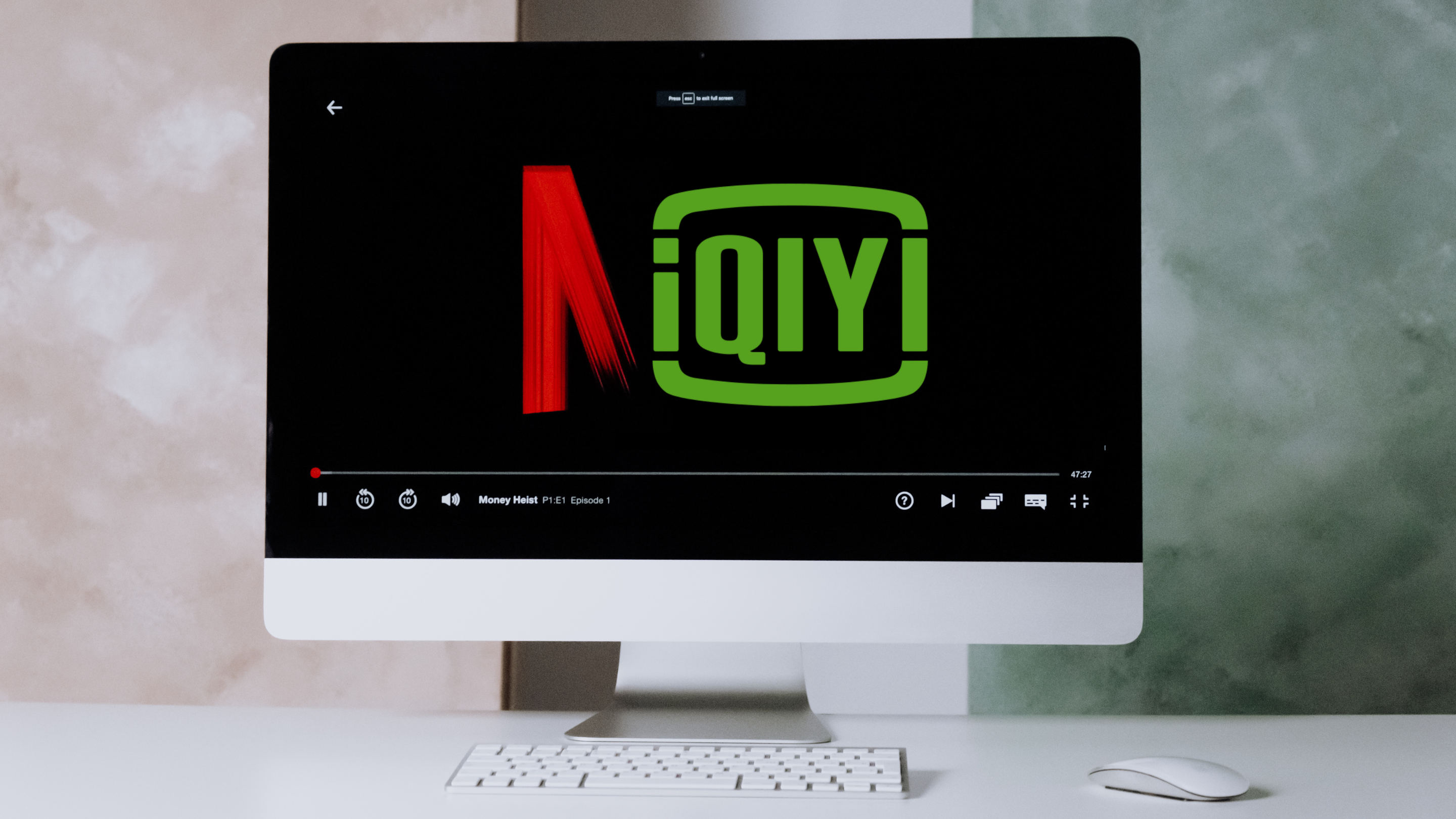